Decolonial education, according to Walter Mignolo, is an expression of the changing geopolitics of knowledge where our modern epistemological framework for understanding the world is no longer interpreted as universal and instead becomes unbound by geo-historical contexts. In late 2019, along with a number of Tibetan studies scholars, I taught “Unlearning Tibet”, an innovative public humanities seminar hosted by High Peaks Pure Earth, where members of the global Tibetan and Himalayan diaspora participated in an introductory Tibetan history designed for heritage learners. Beginning with an introduction to how Tibetan intellectuals have approached the issue of representation from the 1980s onwards, I will outline the conception and approach of the seminar and share some preliminary thoughts on decolonial pedagogy and praxis in the context of Tibetan studies.

Riga Shakya is a Ph.D candidate in late Imperial Chinese and Tibetan history at the Department of East Asian Languages and Cultures (EALAC) at Columbia University. He is broadly interested in comparative imperialism, literary aesthetics, borderlands and translation studies. His dissertation examines the role of Tibetan lay elites and kavya literature in Qing imperial expansion into Inner Asia in the 18th century. Other projects include a longue durée history of the Ganden Podrang’s (1642-1959) management of environmental disaster and a study of Tibetan language standardization and print culture at PRC minority publishing houses (minzu chubanshe) between 1953 and 1966. He co-edited the Song of the Bee, a newly discovered manuscript autobiography of the Tibetan minister Zurkhang Sichö Tseten (1766–1820), published in Lhasa in 2019; and currently serves as founding editor of Waxing Moon: Journal for Tibetan and Himalayan Studies supported by the Centre for Digital Research and Scholarship, Columbia Libraries. 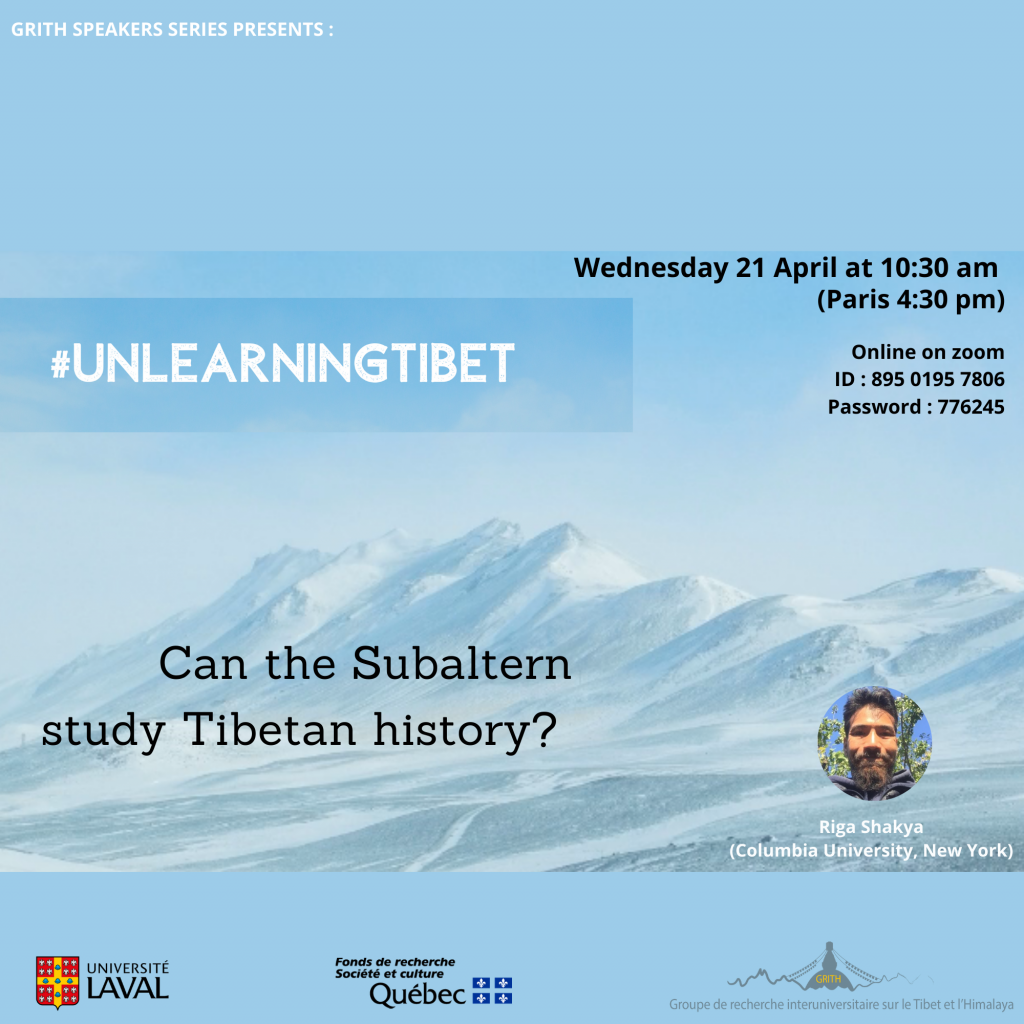