Talk : "The Tibetan Gift of Dharma to Han Chinese Buddhists in Contemporary China"

In mainland China today, Tibetan Buddhism is not only the religious faith of millions of ethnic Tibetans but also the spiritual choice of hundreds of thousands of Han Chinese Buddhists. Since the turn of the millennium, loosely organized, informal lay Han Chinese patron-disciple networks centered on charismatic Tibetan lamas have proliferated, and a lively Sinophone Tibetan Buddhist scene has taken root in the nation’s urban religious landscape. This talk will overview the evolution of grassroots Sino-Tibetan religious interactions in the post-Mao era, with a special focus on the impact of Larung Gar, the most influential religious community in the Sinophone Tibetan Buddhist world. Key questions to be addressed will include: what are the push-pull dynamics behind Tibetan Buddhism's inroads in Han Chinese society? How do Tibetan Buddhist groups navigate the regulatory terrain of religion in China? How are contemporary Han Chinese Buddhists 'practicing' Tibetan Buddhism? What role has the internet and digital media played in Tibetan Buddhism's groundswell of popularity? What is the attitude of the Chinese state towards Tibetan Buddhism's spread? Finally, this talk will ponder what it means for Tibetans to be bearers of the "Gift of Dharma" to Han Chinese audiences in the PRC in the context of center-periphery and majority-minority relations more generally.

Catherine Hardie is an Assistant Professor in the Department of Translation, Interpreting and Intercultural Studies at Hong Kong Baptist University. Her research lies at the intersection of the Tibetan and Chinese cultural worlds inside the PRC with a particular focus on contemporary Han Chinese involvement in Tibetan Buddhism. She completed her doctoral studies in anthropology at the University of Oxford in 2019 with a thesis titled Tibetan Buddhist Spiritual Capital in Contemporary China and is currently extending that research with a new digital-based ethnographic project that looks at the 'sinicization' of Tibetan Buddhism in the missionary milieu of WeChat and Weibo. Her publication and translation activity to date has centered on Larung Gar, a preeminent Tibetan Buddhist institution and religious settlement in Eastern Tibet. Her forthcoming book chapter  "Innovations in Lay Buddhist Education in New Era China's Sinophone Tibetan Buddhist Milieu" examines Larung Gar's impactful and innovative digitally-mediated Buddhist outreach in the Han Chinese world during the culminating decade of China's reform era (2006-2015). 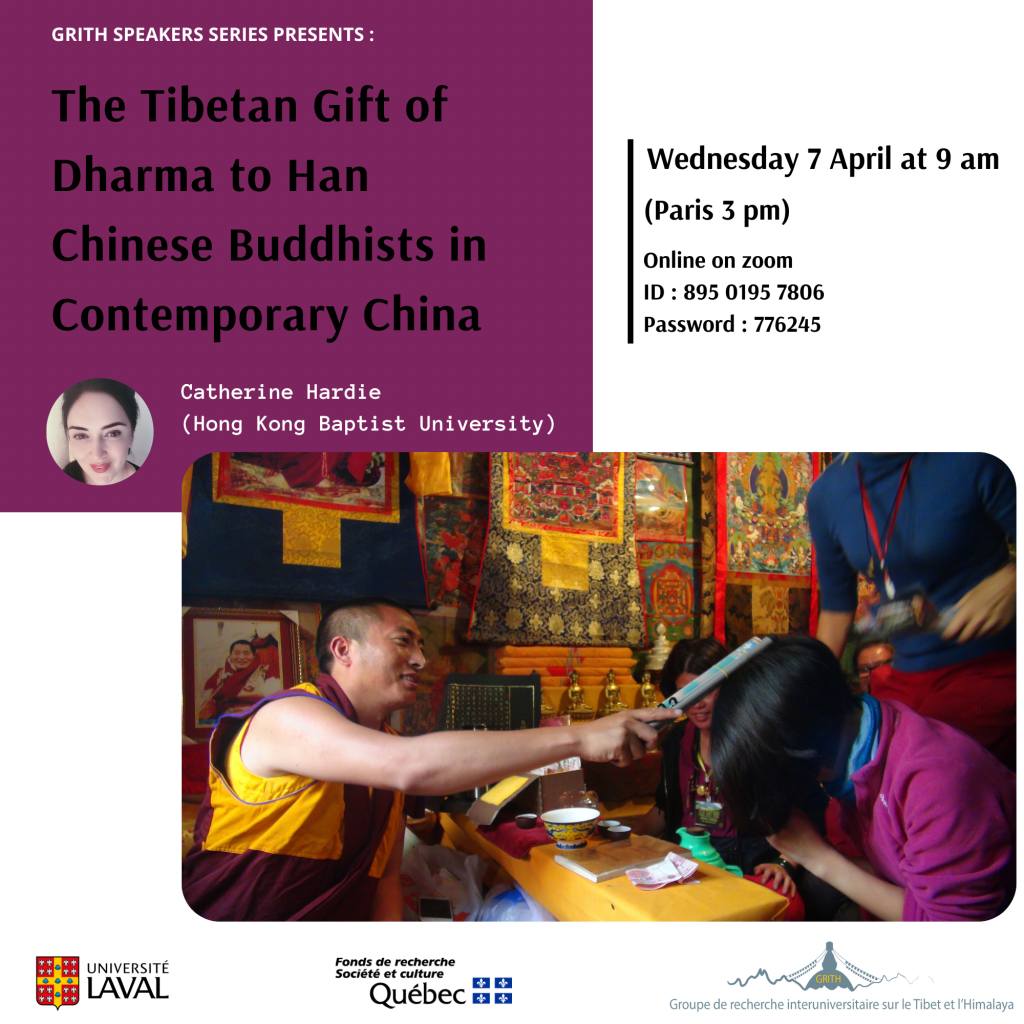